It’s time to move on. I had a good rest in Iran. Bike is prepared and body is well rested. Early morning Peyman rode on the bike with me to Azadi Square before we split.

me and Peyman at Azadi Square

Peyman and Majidzadeh family for being a wondeful host. His mother good cooking has kept me full all the time at home and the special drink to keep my stomach disorder away. Peyman, I owe u for this bro.

Payam, The future Bill Gates from Iran for the technical support on getting my editing job done and internet connection.

Adel, for being a wondeful host in Esfahan. Mr Sina and family in Tabriz for the wonderful food. Your mum should open a restaurand. Her food is great!

Puan Zaleha and family in Tehran for the missed Malaysian food and loads supply of coffee and good slamdog session.

Mr Mahdi Ebrahimi of Nexus Dragon (M) SDN BHD for the help and assistance. Looking forward to see you guys in Malaysia soon.

Riding from Tehran to Bandar E Anzali felt different. Maybe i have been resting to long that I get a bit lazy for a long ride. Iit took me good 7 hours to ride over 420km. Few fuel stops and riding in the rain. Yes, it does rain here in Iran.

I rode pass Qasvin in between the mountain range before reaching Rasht. Rasht has the highest rain in Iran. It’s located near the Caspian sea, the biggest lake in the world and its a salt-water lake, so that is why it’s called the sea. Sharing the sea with Russia, Turkmenistan, Azerbaijan and Kazakhtan and Iran is the biggest producer of Caviar.

Spent the night in bandar E Anzali. It’s a port city with a stretch of beach. Too bad it was drizzling and the pace was quite dirty. The city is filled with navy and army. So again no pictures, guys.

Riding to Tabriz the next day was a slow start. Rain in the morning and the road was wet. Riding through the hilly green mountain via Astara, Ardebil, nil and and reaching Tabriz at about 7pm. 10 hours and 500 km clocked. Putting up the night here. As i head north, temp gradually gets lower. Temp in Tabirz at night is in the high 20, so it felt a bit chilly but it’s nice. Staying at a friend’s place, Mr Sina. His mother is a wonderful cook. I wont be hungry here in Tabriz.

Shall be heading to Turkiye tomorrow.

Resting day here today. Till the next ride. 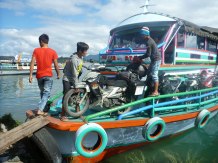 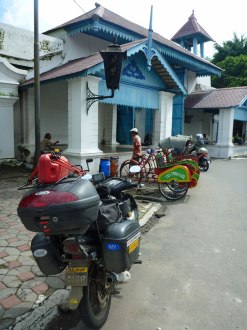 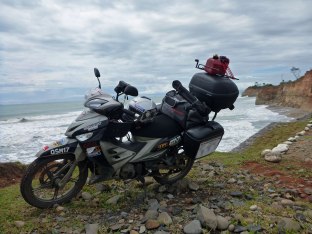 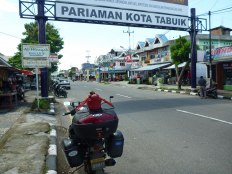