I rode slowly and steadily, stopped 6 times for fuel. Fuel is like 52 Rupees and some would charge 60 Rupees per liter here. The hot, humid and sunny weather was part of the fun. I was advised by friends that the route I was taking is kinda risky. Was told that’s where rebels are attacking locals and tourists including burning buses and killing all on-board.

Riding from Varanasi to Agra was not that tough in terms of road condition; it is considerably smooth and good. It was just that I had to compromise with the heat, trucks, cows and traffic coming the opposite way on the wrong lane. Can’t blame them nor tell them its wrong. It’s India.That’s the beauty of it.

As I was riding yesterday, there were cars and bikes trying to stop me for unknown reason. I don’t know. But there was this one car driver that really went to the extent and overtook me in a dangerous way!

He managed to stop me and asked, “you speak English?”
Me: Yeah.
Him: Where are you from?
Me: Malaysia.
Him: You need anything?
Me: Not now. I need to ride.
Him: I buy you a drink.

I looked at him and did not utter a word. He insisted. From my observation, he looks OK so I said why not. He called his assistant and asked him to get us 2 Pepsi Cola. Cold! We had a small chat and he was wondering what am I doing here in India on a bike, small bike. I told him it is made in Malaysia and I’m heading to London with it. He got excited and started calling out to people and gave me a pat on my back and said, “Man I am proud of you! Oh how I wish any Indian man would venture and travel the world with Indian-made bike!”

I smiled at him.

Anyway, after saying goodbye, I rode on and stopped for mango juice and fuel for Lil G and Lord knows what RON I am feeding my bike!

Finally, I reached Agra almost sunset. Got myself a room and when I was just about to get some rest, there was a power failure. Lucky the hotel has back-up generators, so the power was back in no time. After shower, I went to get some food. While sitting down having my prata at the roadside stall, I was approached by kids asking for money. A young man came to my rescue and chased those kids away.

Young man: Where from?
Me: Malaysia.
Young man: You arrived today from Malaysia?
Me: Few days ago, I  just arrived from Varanasi.
Young man: Must be hot n humid there.
Me: Yes, indeed.
Young man: Its cooler here.
Me: Really? What’s the temperature like?
Young man: It’s about 46°C.
Me: That’s only 1°C difference.
Young man: Yeah…but Agra is drier. You don’t sweat that much.

So, back in my room, I could not sleep at all. The heat was just too unbearable so I tried to switch on my laptop but then there goes BAM! The laptop was working fine but not the screen. It stays blank.

This is the 2nd time it died on me. 1st was when it was 3 days old and now, in India, at one month old! How am I going to edit my pictures and videos now?

Kinda panic at 4am in Agra.

Couldn’t do much so I went to the roof and waited for sunrise to get some pictures but it was too hazy. Waited until 7am but still it was not worth the wait. Went back to my room and try to catch some sleep. After 2 hours, the heat was catching up. I was drenched all over.

Went down the lodge with my heart still not in the mood to visit anywhere. My mind was only thinking about my laptop and how to solve the problem. Made some calls, text here there till noon. Was told that the nearest repair shop would be in Delhi, some 200km away, about 9 hours round-trip. And there’s no guarantee that it can be fixed.

Nevertheless, I went out for lunch, met some travelers, had some chat and back to my room. Took a long afternoon nap. I must be very tired. It was getting dark when I woke up so I rushed to the roof again for some pictures. It was worst. It was a no-picture day.

I decided to stay here until Sunday. Why? Well, it’s cheaper than Delhi, can’t really do much in Delhi on weekend too. Let’s hope I can get my laptop fixed on Monday.

That’s about it, people. Will try to get some pictures tomorrow and will get an oil-change for Lil G, it’s almost time.

Have a good night and good weekend.

18 thoughts on “From Varinasi to Agra” 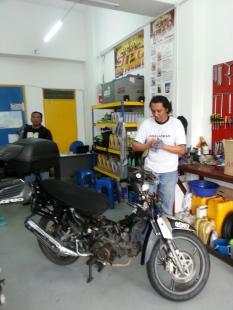 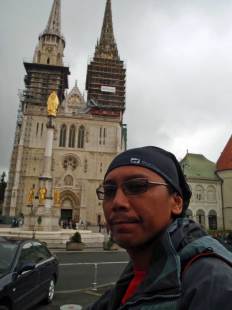 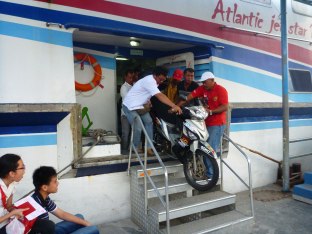